Teenagers and Younger Cast Auditions for Danny Hero -11th May 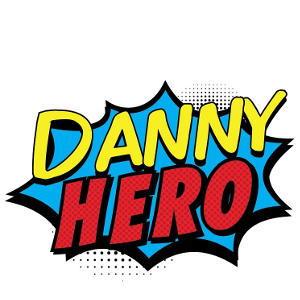 After great anticipation the dates for the Danny Hero auditions have finally been set! This is a thrilling opportunity to take part in something you may have never experienced before, created with our local community in mind. We’re interested in seeing anyone, regardless of experience! So don’t feel pressured as you won’t have to sing, act or dance on your own unless you’re auditioning for a specific part or you just simply want to.

There are some fantastic Principal and Ensemble roles listed for the upcoming auditions. A breakdown of the characters is provided below. Remember there is no age limit for these roles as long as you look the part!

Danny (plays 14-15)
A teenage schoolboy who dreams of being a superhero – and writes and draws his own superhero comics – but who doesn’t fit in well with his classmates and is a bit of a worry to his mum. He sometimes appears as the superhero Danny Hero.

Kyra (plays 14-15)
Danny’s best, and only, school friend and the object of his romantic yearning. She’s drawn to him too. A kind, resourceful and strong teenage girl. Also plays Danny Hero’s superhero ally Princess Brilliant.

Lee (plays 14-15)
An outsider, recently arrived at school – perhaps from London – handsome, charming but secretly bullied by his Dad, insecure and capable of cruelty towards others.

Other School Children to provide the chorus. Maximum of 6.

If you’re interested in Adult roles please follow the link here.
Later in the year, we’ll also be looking for local musicians and singers for an off-stage choir.

You MUST book a place via EventBrite so you can be enrolled before auditioning. All material required (such as lines to be performed) will be provided after booking. As long as you are in Year 10 or over by September 2016, you’re eligible to take part! Bare in mind there is a potential for call-backs on some roles on the 21st/22nd May.