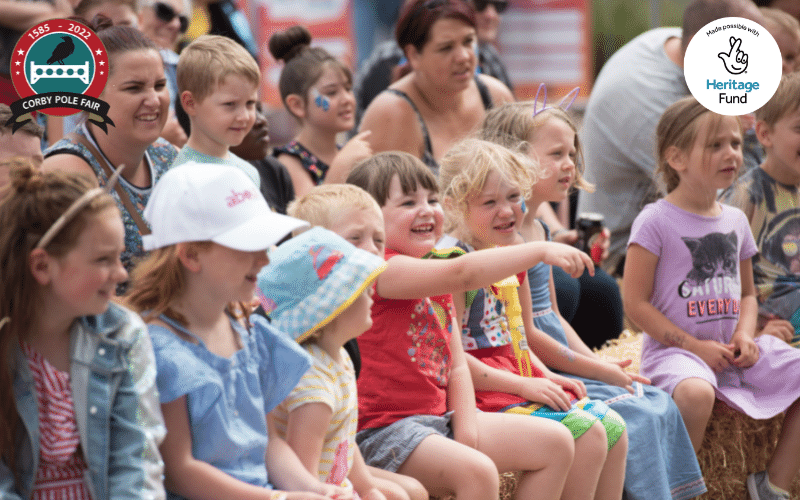 << Back to What’s On at Corby Pole Fair

Come along and enjoy storytelling performances throughout the day from the pre-1900s history of Corby, including tales of fugitive slaves, local nobles and rebellions!

In the Eighteenth Century, Corby was home to a thriving hand-loom weaving industry, with many weavers working out of cottages across the village. But by the time of the 1851 Census, there was not a single weaver left in the village.

Find out more about the plight of the Corby Weavers from storyteller Sarah Mooney on the High Street Stage at 9.30am, 12.15pm and 3.30pm.

Lieutenant-General James Thomas Brudenell, 7th Earl of Cardigan, whose family owned much of Corby Old Village, was an officer in the British Army who commanded the infamous Light Brigade during the Crimean War.

Hear more about Lord Cardigan and his adventures from storyteller Richard York on the Cardigan Stage at 10am, 1pm and 3.30pm.

The Parliament stone sits at the front of the church and in oral tradition is the site of the reading of the Corby Royal Charters of 1585 and 1670. Village folk would congregate at the stone and it was used by villagers to let off steam about local issues, as well as planning for the following week.

Corby took an active voice in the abolition of slavery, taking in former African slave John Anderson – the local clergy taught him to read and write. John Anderson had fled slavery in Southern USA and escaped via Canada to England. The abolitionist movement sent him to Corby where he also attended the 1862 fair and was made very welcome and ‘free of toll’.

Watch out for John Anderson during the walking parade at 11am.

<< Back to What’s On at Corby Pole Fair

Get regular updates at Corby Pole Fair‘s facebook page – or sign up for Made With Many’s e-newsletter.

Share this with your friends
+ Google Calendar+ Add to iCalendar