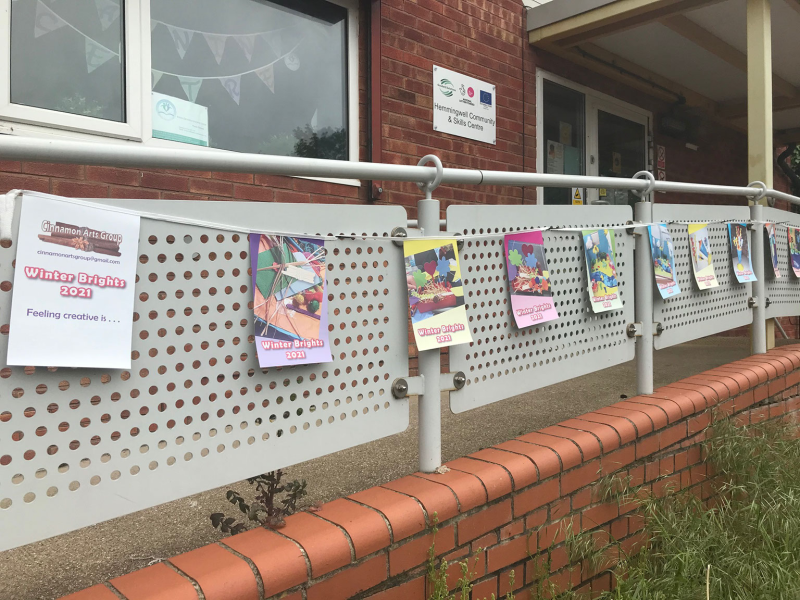 In January 2021 the Cinnamon Arts Group launched a project in Wellingborough, supported by the Borough Council of Wellingborough and Made With Many. The group wanted to help fight the January blues and brighten up the winter lockdown period by giving local people resources to visually express their happy and safe places. Wellingborough people of any age, ability or experience were invited to sign up online to receive a free art pack in the post and get creative!

From the fantastic artwork produced by project participants, Cinnamon Arts created bright and colourful bunting, which is now being used to adorn Wellingborough community venues. You can also see the original community artwork in detail below.

Cinnamon Arts Group supports and empowers Black Creatives* in Wellingborough, with the intention to redress under-representation in the mainstream media and spice up the lives of the whole community, through accessible Projects and Displays in public places. Contact them at at cinnamonartsgroup@gmail.com or join the Cinnamon Arts Group facebook group.  *By ‘Creatives’ we mean people who, for example, are painters, sculptors, writers, landscape designers, crafters, carpenters, etc.