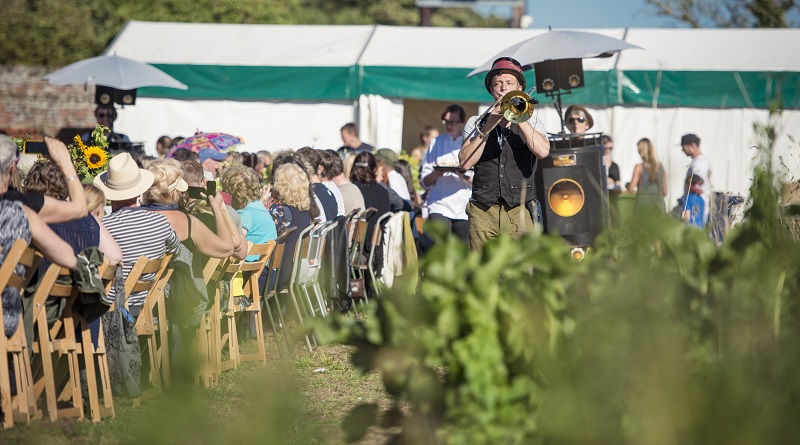 The highlight of this year’s Grow Festival will be an enormous three course Community Feast on Sunday 28 July in Coronation Park with a surprise menu created by three sets of professional chefs, John Fahy, Radoslaw and Katarzyna Kowalski and Julia Sironi.

Grow Festival is commissioned by Made in Corby and co-produced by The Core at Corby Cube and this year’s festival is inspired by the theme of food. The feast being the culmination of months of growing projects in community centre gardens in the Lloyds, Exeter, Kingswood and Hazel Leys estates in Corby.

Hundreds of diners at the feast will be entertained by a showcase of local talent on The People’s Stage as well as hilarious street performers, magical family pop-up shows, spectacular arts and dance throughout the park.

Bringing his expertise in field cookery and British cuisine is local ex-Army chef John Fahy who runs Pongo’s Trench, which demonstrates first World War Field Cookery techniques at historical re-enactment events. John also teaches young people how to cook fine dining at Tresham College’s esteemed Manor Restaurant in Corby and some of his catering students will be joining the team in the kitchens at the community feast.

Corby-based husband and wife team Radoslaw and Katarzyna Kowalski brought their popular Good Polish Food van to Grow Festival in 2018, and they are returning to cook up lashings of hearty food with a European flavour for diner’s delectation.

The feast’s third chef, Julia Sironi is co-founder of Fruitful Abundance, a non-profit organisation started by a group of keen Northamptonshire gardeners who decided to swap the surplus produce from their allotments and vegetable patches. Fruitful Abundance specialise in showing how food ‘waste’ can be saved from ending up in landfill, working with local allotments, farms, gardens, smallholdings and supermarkets to rescue an average three tonnes of food each week. Julia also cooks at the highly-rated Elsie’s Café in Northampton, as well as the popular Shambala Festival in Northamptonshire, and will be preparing delicious vegan dishes at the feast.

Feast tickets can be booked at www.thecorecorby.com or on 01536 470 470 and are priced at £10, with concession at £8. Residents of Corby Borough are eligible for half price tickets which can only be booked via phone on 01536 470 470 or in person. Vegetarian and vegan options are available. Further details about the festival and volunteering can be found at www.growcorby.co.uk or at @GrowCorby on Facebook, Twitter and Instagram. 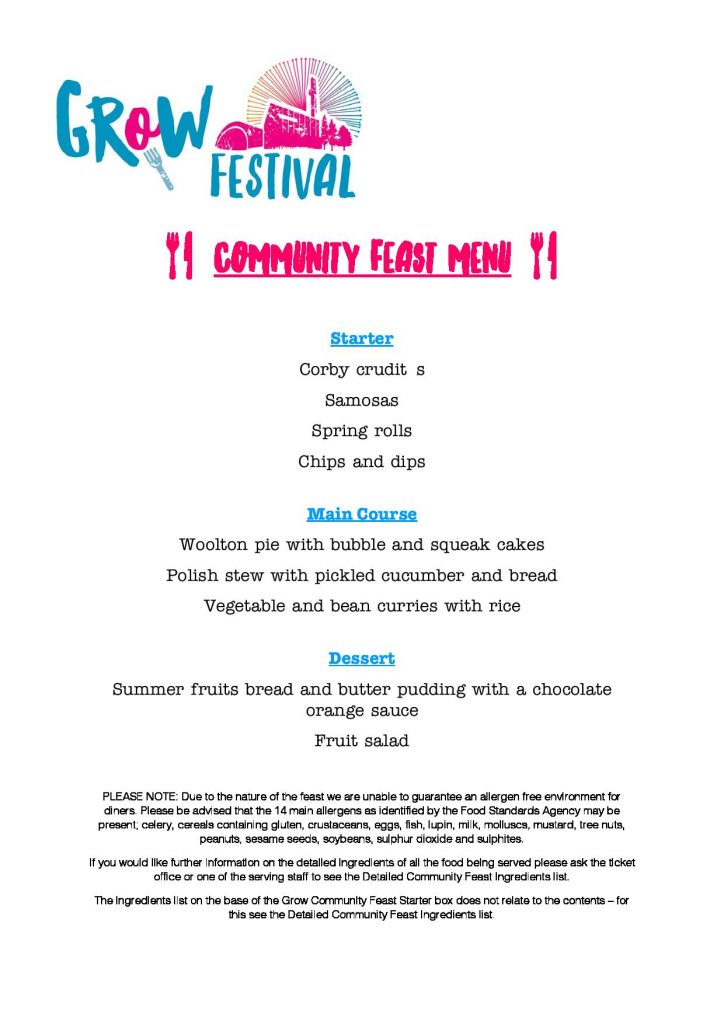 A Tribute to Brian Dunn