As the red velvet curtain closed for the final time on the talented cast of Danny Hero, the Made in Corby team watched in awe as the people of Corby rose to their feet to give a standing ovation for an outstanding end to the first run of the show. 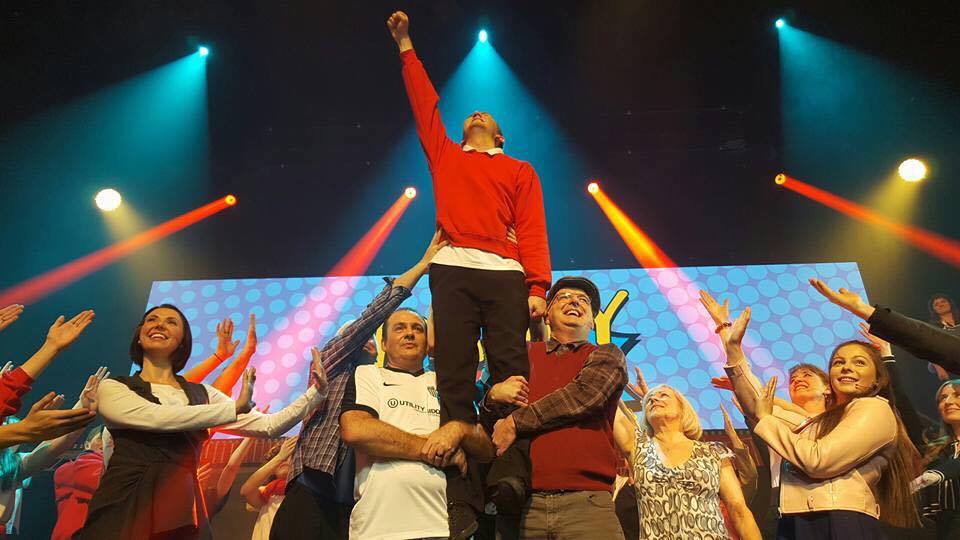 A Review of Danny Hero

The original musical, written by Timothy Knapman and Laurence Mark Wythe, drew inspiration from Corby and its people. It has received some exceptional reviews since its world première over the October half-term. The cast, crew, and creative team – made up of local individuals – had the opportunity to be mentored by west end professionals and have since dedicated all of their time to make Danny Hero a success.

Danny Hero debuted on the 26th October, where the people of Corby witnessed the musical for the first time. The giant LED screen impressed many audience members, with some stating that “they have never seen something like this before in Corby.”

Opinions from people who attended the showings emphasised the “brilliant ties to Corby’s heritage” which individuals felt would also resonate with an audience beyond Corby. ‘Man of Steel’ – a pivotal song in the show – was described as a “new anthem” and moved many audience members to tears.

The show has also described as “beyond expectation” in terms of the staging, acting and singing. In addition, audience described it as “uplifting and inspirational” for the local community.

Watch this fascinating time-lapse video to see the process of the set build of Danny Hero at The Core at Corby Cube. Production company Subfrantic came straight from an event at the Dorchester Hotel to build this amazing set for us!

Check out our Danny Hero playlist on Youtube to see exclusive interviews with cast members and more about the story HERE.